Oh dear - it is a long time since I put shellac to keyboard, isn't it? Sorry chums - to those of you who may think I've dropped off the face of the planet and those who really don't give a f.... Apologies too to all those blog owners whose writings I normally read and comment on - something else that has been let slide. It's just that, since we got back from India, life has been like an explosion in a WTF factory (credit here to Aunty Gwen, from whom I have nicked this fine phraseology).
So, although we got home a couple of weeks ago, I have only just found time to bore you with the holiday snaps enlighten you with tales of our fascinating travels.

It has only taken me approximately 20 years of sustained nagging to get the Shah to agree to go to the land of his forebears.  'Why is that, CQ?' I hear you cry. 'Surely the Shah feels right at home on the sub-continent?'  Does he hell as like! (whoops - northern roots showing there).  The Shah is, as I like to tell anyone who will listen, a confirmed coconut.*  In fact he spent the entire holiday referring to his countrymen as "them".  QED.

Anyway, enough of him.  We decided to eschew his home state of Gujarat and instead do the 'Golden Triangle' which takes in the three most famous areas of India - Delhi, Agra and Jaipur and hold onto your hats chumlets, because you are going to hear about them all.  Don't say I didn't warn you!

So - we arrived in Delhi at dead of night.  Luckily we had arranged for a driver to meet us and take us to our hotel.  Unluckily, we couldn't find him and he couldn't find us.  Eventually, a couple of phone calls sorted this out.  The next day we had hired a guide and another driver to show us the sights.  This was probably a bit of a misjudgement because we were absolutely knackered after a 9 hour flight  and only lasted half a day in the heat and humidity before requesting to be taken back to the hotel so we could crash out.  We did manage to see some brilliant sights though:- 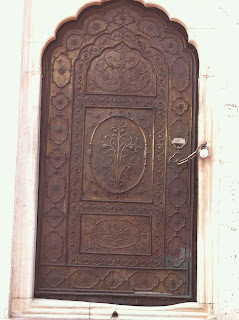 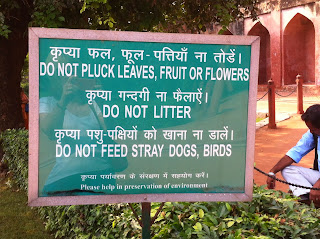