So.  It is Saturday, early afternoon and the Shah and I are out in the front garden discussing its train wreck rurally idyllic properties.  I am laughing at the Shah because he has got his Lopper out and is attempting to lop high branches off some very overgrown (for which read tree-like) shrubs.  He is most proud of his huge tool and refers to it as “Mr Lopper-Lopper” in the style of the Shaggy song, whilst gyrating indelicately.  Unfortunately, he brings to mind Mr Bean more readily than Shaggy...viz:-
So while he is shimmying, we slowly become aware that the sound of huffing and puffing is coming from next door’s front garden - the sort of huffing and puffing that denotes a man trying to achieve something but being buggered if he’s going to ask for help because that would mean he has a 2 inch penis.
Happily, despite our house being further up the hill from these neighbours, our garden is sunken below theirs – don't ask – it’s all part of the shitehole  rich tapestry that constitutes Crap Cottage.  This means that it is perfectly possible for us all to ignore each other in a very English, middle class sort of a way, unless we actively want to say hello.  The Shah and I glance up and over the dividing fence and see a large bunch of helium-filled balloons and a bald patch bobbing about.  The balloons are being wrestled into several black bin liners and crammed into the car.  Mrs Neighbour appears at their front door. “Shall I give you a hand?” she enquires mildly.  “No!  I’m good, I’m done!” snaps Mr Neighbour as balloons bob frantically about his pate (see previous remarks re penis size).  Mrs N remains admirably calm.  “We need to get going,” she remarks in a totally stress-free voice.  I am filled with admiration – by now, I would have been running at the Shah with the biggest carving knife I could find.  And suddenly, I get it.  It is clearly Master Neighbour’s 2nd birthday party today and he cannot be brought out of the house to be transported to his party until all the balloons are safely hidden in the bin bags in the car.  If he spots them, there will be the mother of all tantrums, tears and snot everywhere and the 2 year old will get quite upset as well.  Lol.  Eventually, it all works out and Master N is led from the house, excitedly shrieking “Daddy!  Daddy!”  Aah bless.  I haven’t seen him for a while and I have a soft spot for children that are not mine own, so I peer over the fence and wave at his happy little face.  Then I see Mrs Neighbour.  FUCK ME!  Always an attractive woman – lithe of limb (I have blogged previously about their personal trainer here) she is TRANSFORMED.  In a glance, I can see that she has a golden tan, her hair has been straightened, she is fully made up and dressed as if she is a walking advert for yummy mummydom – tight, tight jeans, vertiginous heels and a teeny jacket.
Cue wobbly vision and spooky music....it’s all coming back to me now.
The competitive children’s birthday party!  OMG, the number of these we have been to and held ourselves.  The amount of money we have wasted on hiring halls and entertainers, and trawling Toys R Us for suitable crud with which to fill the party bags when all the little dears really wanted was to run around as much as possible (boys) play soppy games (girls) and ultimately beat the shit out of one another fuelled by as many E numbers as they could consume in the space of a couple of hours.
I honestly think I could write a book about the various irritations and indignities we have suffered but, to save you exiting the page early, I offer below some edited highlights of the past 19 years’ worth of children’s parties:-
Then there are these actual events that took place either at parties we have held or those of our friends:-

Of course, the trick of it all, no matter how stressful, is to appear beautifully coiffed, calm and happy at the end when the other parents come to pick up.  I never managed it, always looking red-faced and sweaty and hugely relieved to get rid of all children.  I bet my neighbour did though.  I bet you’ve all had similar party nightmares…..go on, share!

Posted by Curry Queen at 16:39 9 comments: Links to this post

There have been two women of note in the press in recent days.  One is the rather scary-looking Joanne Watson from the Channel Islands whose claim to fame is not just that she has 14 children but that she is already a Grandmother twice over and now her 15 year old daughter is proudly due to give birth later this year.  The other is Nadia Suleiman, the woman who became known as "Octomom" in the States after giving birth to 8 babies to rack her total up to 14 as well.


Needless to say (and forgive me if I am beginning to sound like a grumpy old reactionary here) Ms Watson is providing for her brood by virtue of astoundingly generous state benefits to the tune of around £2000 a month.  Sorry - scrap that - YOU are providing for her brood.  When her daughter Mariah has her baby, she will move out of the family home and into a state-funded development for single mothers.  And what does Ms Watson have to say about such rampant irresponsibility?  Well, she pays lip service to the idea of using contraception but why would any of her kids do that when they have her as a role model?  She also admits to being jealous of her daughter because she would like yet another baby!  The reason?  She wants one with dark hair - all hers are blonde.  It would be hilarious if it weren't so tragic.  It reminded me of this, which you may remember from some years back.


Ms Suleiman also - despite insisting that she would support the ludicrous number of children  herself - is apparently living off the state because of a back injury she suffered at work some years ago.  Didn't stop her carrying 8 foetuses though, eh?  Er, and all of them created by IVF.  Incidentally, the doctor who implanted the final batch has now had his medical licence revoked. He clearly didn't embrace the mantra the The Only Way is Ethics. (sorry).

Far be it from me to deny anyone their biological imperative - who would want to live in a regime such as that inflicted by China on its people - one child policy, enforced abortions and sterilisation and punitive repercussions for those who break the law - but am I missing something here?  15 year old Mariah says that she doesn't want the father of her baby involved.  Well that's okay then because, by default, that means that you and I will have to be involved instead.  And what are the chances of the rest of the Watson brood following in their mother's and sisters' footsteps?  Ms Watson has given birth to many more girls than boys, so can we expect them shortly to become the biggest presence in Guernsey?  Maybe they could take over the whole of the island in their ever-increasing numbers?


Before I ever had children (and had any clue about how much slog is involved) I used to dreamily think that I would like to have four.   Although I have a huge extended family (27 first cousins!) I only have one sibling and I used to be dead jealous of my cousins who had four, five, six kids in their families.  Then I had a wake up call.  Actually I had several - the first being a totally traumatic birth experience with our son, the second being sleepless in Surrey  for what felt like feckin' years and the third being the Shah's offer to leave home if I ever contemplated getting pregnant again after our daughter was born.  Actually, thinking about it.....


But leaving aside the moralising for now, the thing that has struck me most forcefully about the Watson situation (and Octomom as well, to an extent) is the calm acceptance displayed by all involved.  There is no defensive behaviour, no bravado, no bragging.  It is what it is - utterly normal and acceptable in their minds.  I must be getting old because I find myself open-mouthed in disbelief.  There is undoubtedly a long and deep discussion to be had on the psychological reasons that women such as these two behave as they do and it is one that I am not qualified to enter into.  And I guess I could proselytise forever but Ms Watson is unlikely to take notice and yes, she is probably the exception to the rule and there are millions of single parents who confine themselves to sensible numbers of children whom they can support via their own efforts, but all the same .....
Posted by Curry Queen at 07:10 15 comments: Links to this post

Someone sent me this the other day and it made me laugh so I thought I would share it.  the trouble is it's a little too accurate in most cases....see what you think... 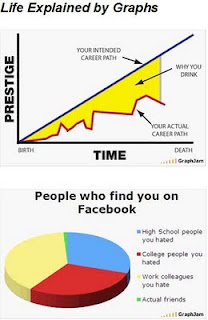 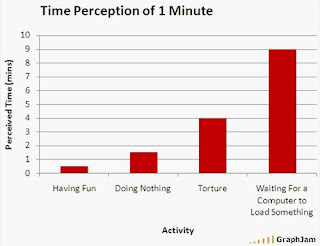 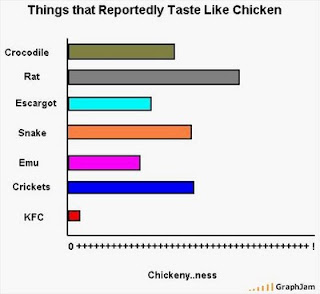 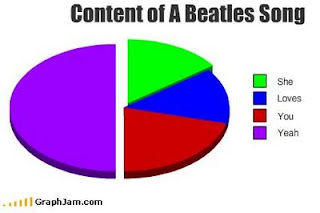 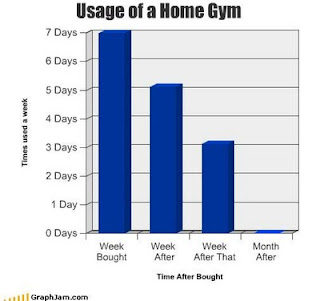 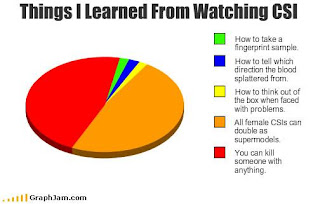 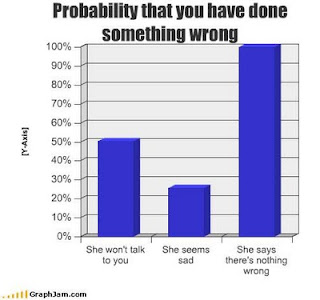 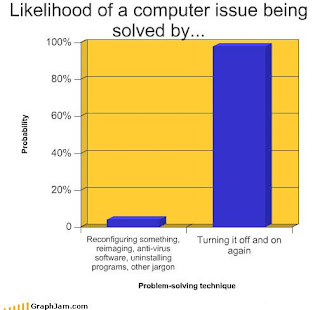 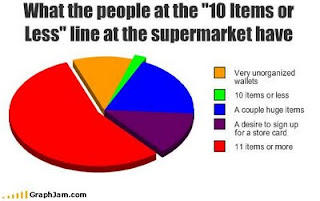 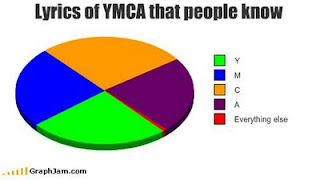 I particularly liked the Chicken and YMCA ones.  "Chickenyness" is a word I shall be using in future.
Posted by Curry Queen at 21:56 10 comments: Links to this post

Email ThisBlogThis!Share to TwitterShare to FacebookShare to Pinterest
Labels: Life explained by graphs

Whenever someone says that something - anything - be it a snarky email from a pissed off future mother-in-law like this or some sort of internet wheeze, has "gone viral" I am tempted to reply 'what, like smallpox?' because the phrase annoys me for some reason.

However, I came across a new publication which has, indeed, 'gone viral' in the States and has been at the top of the New York Times best seller list.  It is a new parenting book called "Go the Fuck to Sleep".  It is hilariously funny - somehow managing to tread a delicate line between desperation and deep affection.  You can see what the Guardian wrote about it here and you can view the pdf of the whole book here.  If you can't be bothered to do either of those, then I strongly suggest you listen to the caramel tones of Samuel L. Jackson  reading it as a book at bedtime:-
As if that wasn't enough, there has already been a response produced by a guy called Nick Gisburne which is, if anything, even funnier.  It's a parody of the original but this time, aimed at teenagers.
I desperately wish I written them both myself!  Enjoy!
Posted by Curry Queen at 09:10 15 comments: Links to this post