The recent flotation of Facebook, making Mark Zuckerberg  19 billion dollars in the process, has been much in the news lately.   I have to admit that I am a convert.  And, like many good converts, I am filled with zeal and devotion.  What is it about those who have changed their habits and adopted something new?  What makes us keener than anyone else?   My late father loved to tell the (probably apocryphal) story about the lady of gentle birth who converted from the Church of England to become a Roman Catholic.  However, when she discovered that monks and nuns were normal human beings who (gasp) went to the toilet in just the same way that lesser mortals do she was so disgusted that she left the church immediately.
I’m not quite that bad.  I finally gave in and signed up for Facebook at the beginning of this year and I have to say that I’m a fan. 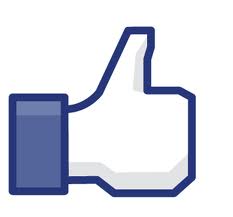 The real joy of it has been making contact with old friends – people I’m very fond of but with whom contact had dwindled to the odd Christmas card.  It’s great to see photos of M & J renewing their wedding vows in Las Vegas recently (not to mention the original photos of their wedding 20 years ago) and pics of J’s new house and her gigantic dog, not to mention keeping up with developments in other people’s lives.  Not just friends – I also chat regularly to far-flung cousins who I would normally only see at weddings and funerals these days.
I have to admit too, that it’s always fun to receive “friend requests”.  And I was flattered to get one such from my own son (lawks! – clearly keeping his bad behaviour off Facebook if he’s allowing his old mum to see it) not to mention my nephew who is currently studying in Moscow and, ahem, painting the town Red (sorry) in the process. 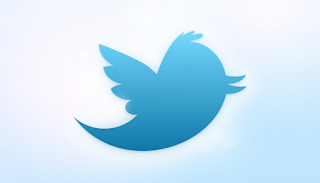 And it’s not just Facebook.  I’ve also taken to Twitter like a – what?  A bluebird to the airwaves?    I don’t Tweet much but I enjoy other people’s efforts.  And I just LOVE watching something on the TV and simultaneously reading the tweets  about it.  It’s like inviting a million cynics into your living room and very funny.
Having soundly berated the children on a regular basis for their excessive use of social media – and been told in return that “old people like you mum shouldn’t be allowed to have Facebook” – I decided to cock a snook at them and see how many “friends” I could accumulate.   It's true to say that I don’t have millions and certainly not the several hundred that both my kids sport, but at least all of mine are known to me or related to me and are genuine.   I worked for IBM for some years and I’m probably more technically capable than many women my age (at least my kids think so!) and I was proud of my prowess.  Until, that is, I received a new and unexpected friend request this week.
From my 84 year old father-in-law.
Yes, you read that right.  He is all over social media like a rash and has more “friends” that I will probably ever accumulate.
He was recently celebrated on BBC local news as being the hardest working member of his gym, in terms of miles run and weights lifted.  I wonder if there is a current holder of the world’s oldest regular Facebook user title?  I might poke Mark Zuckerberg and ask him but I think he’s got more pressing issues on his mind at the moment.  It seems that the bubble may have burst and his brainchild lost around 12% of its flotation price on day one of trading.  Never mind, I’m sure he’s got millions of “friends” to keep his spirits up....
Posted by Curry Queen at 06:11